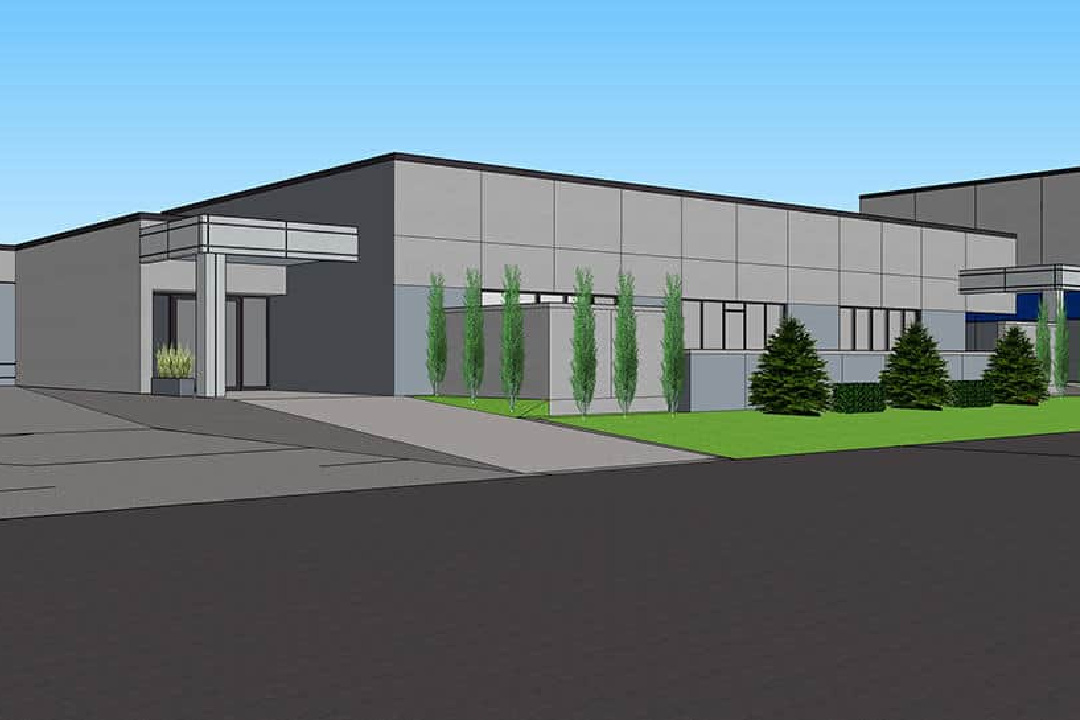 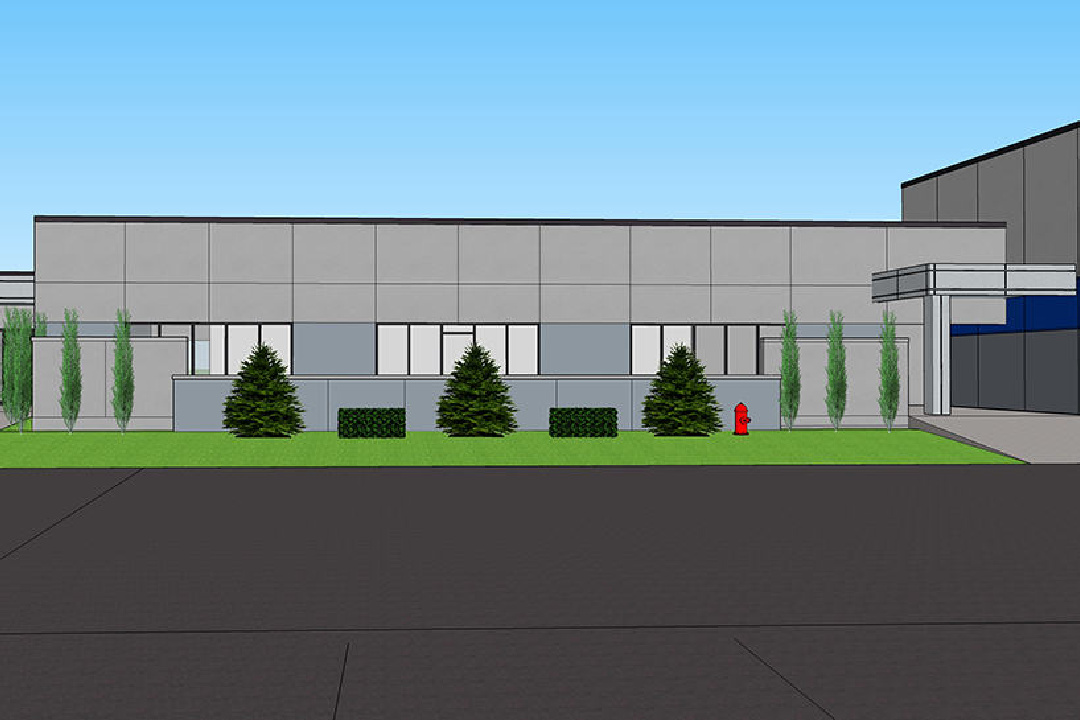 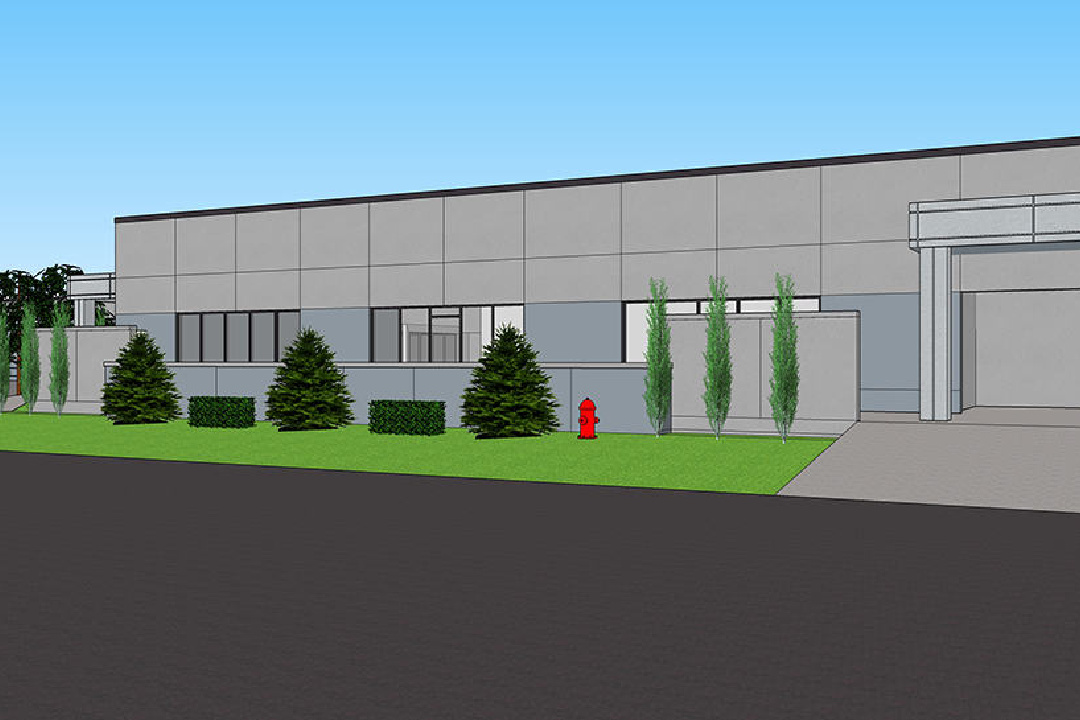 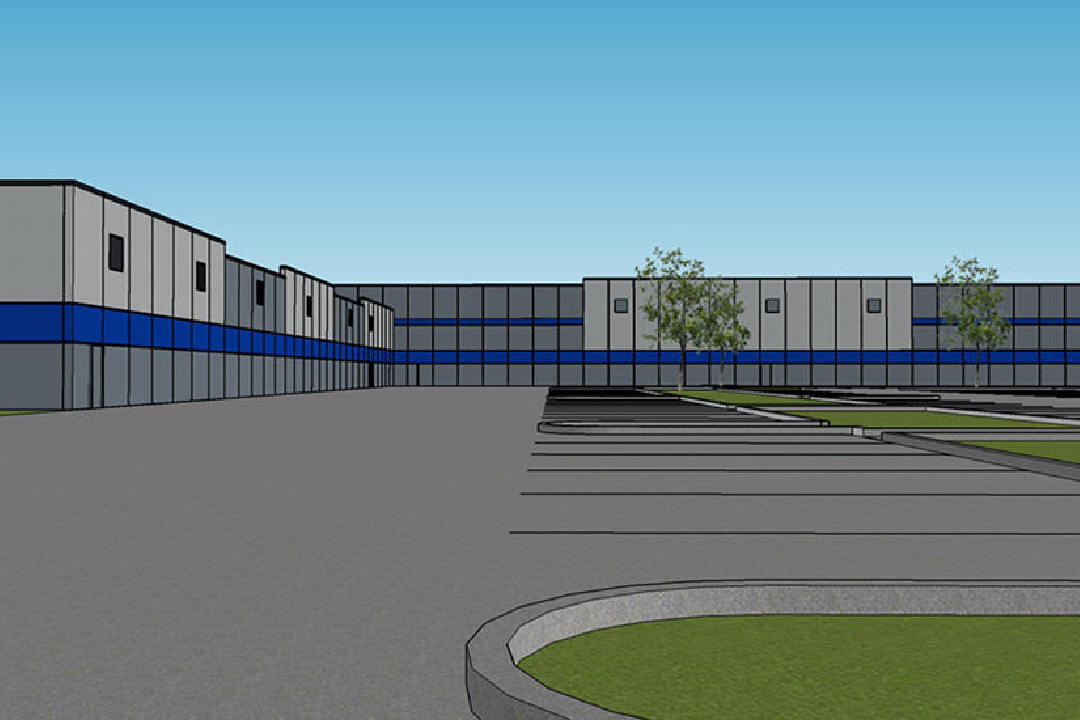 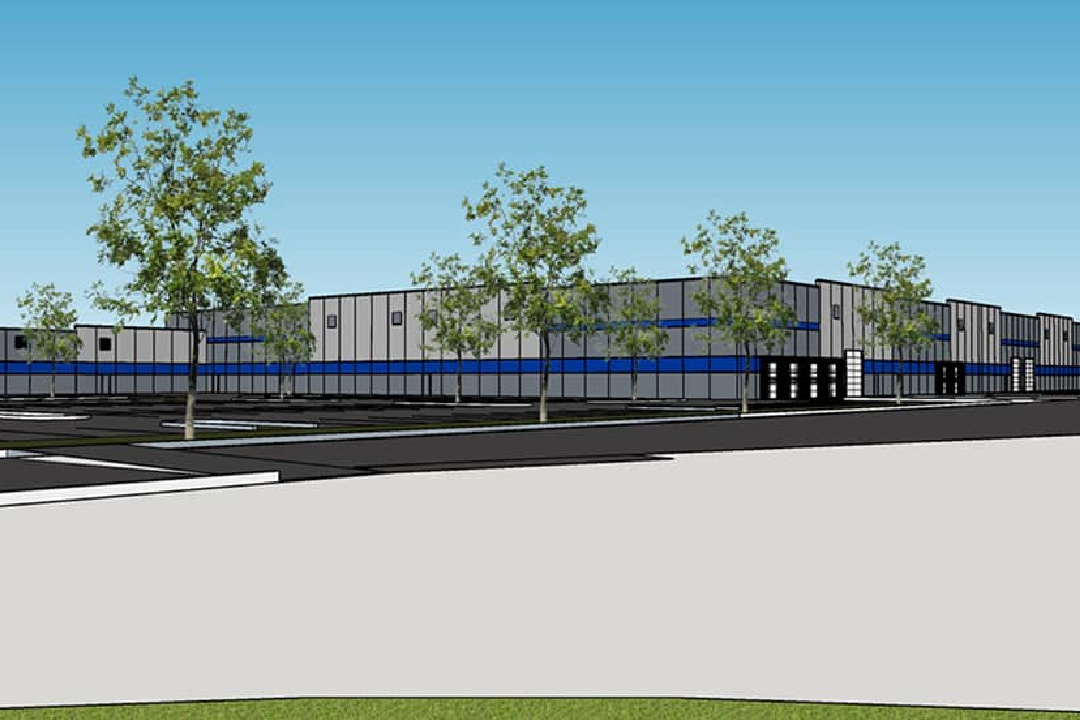 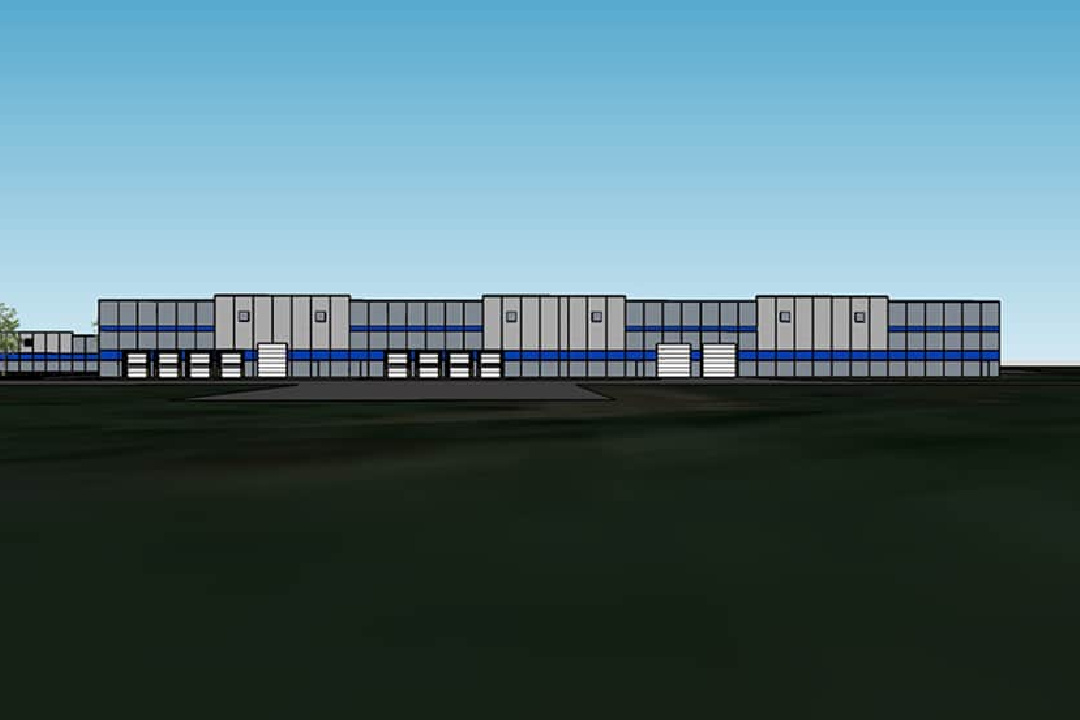 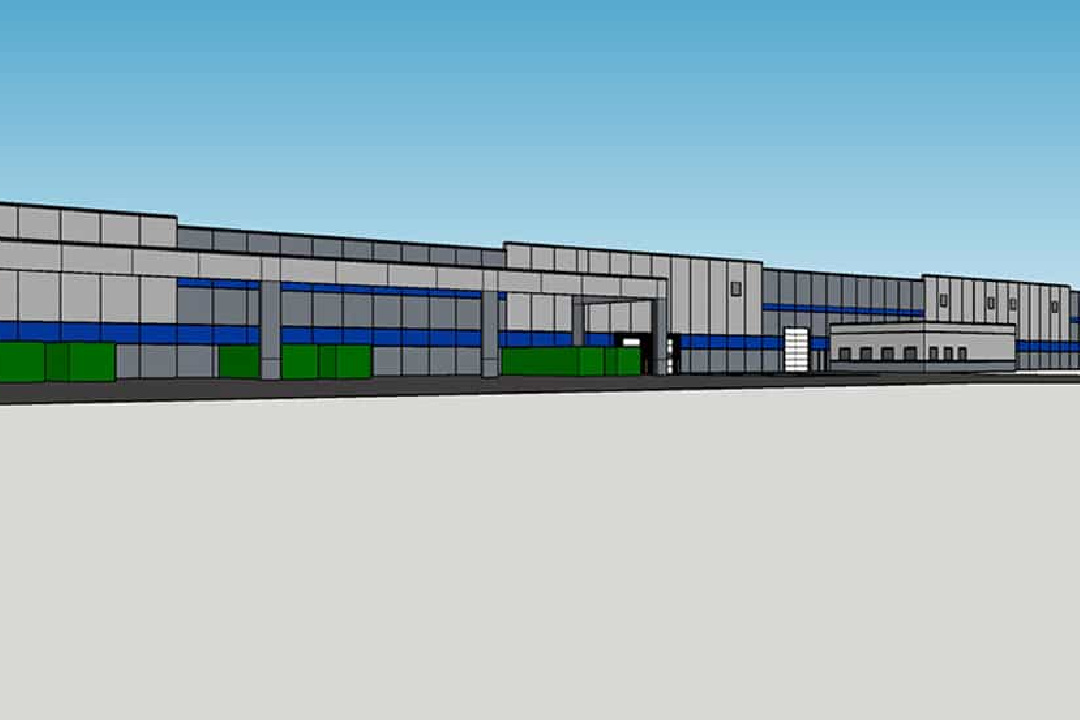 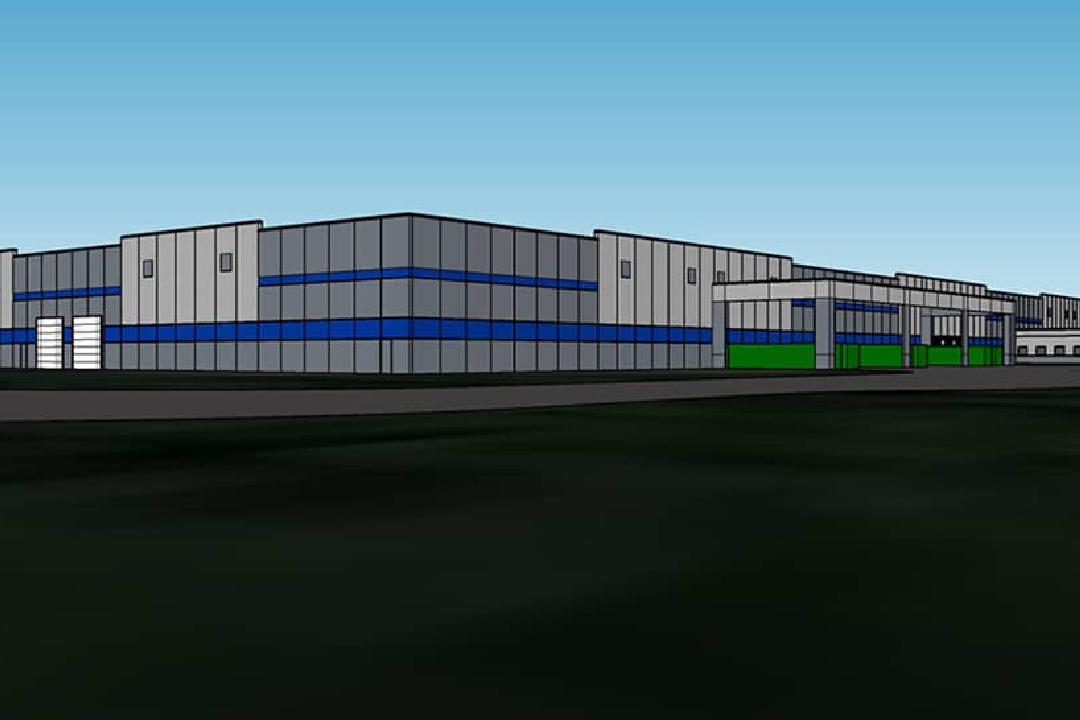 Description: Here are the final renderings of the Carlisle Brake and Friction precast panel addition project. FMCA further developed the precast panels, elevations, and color scheme. The visitor and employee entry canopy were redesigned to better suit the uses.

The changes helped bring down the scale and better unify the entire complex. FMCA added an exterior weighing station for scrap material. Reducing the number of recessed docks a break room, pump room, and an expanded cooling tower. It was clear that with the added electrical loads the existing service was not going to work. A substation was added to the overall design to handle the existing loads, this project, and another expansion.

The project expanded to remodeling of the cafeteria, locker/shower rooms, office areas, and a mezzanine in the existing building for plant managers and a meeting room.

Plans for hydrogen, nitrogen, and oxygen holding tanks and future nitrogen farm were also added to the project. Curtis Layer Design/Build was awarded the construction portion and retained FMCA as the Architect of Record.